Q & A: How many steps can you take in basketball?

When children first start playing basketball, one of the most difficult tasks for the coaches usually is to make them understand the concept of dribbling and carrying (or travelling) the ball. 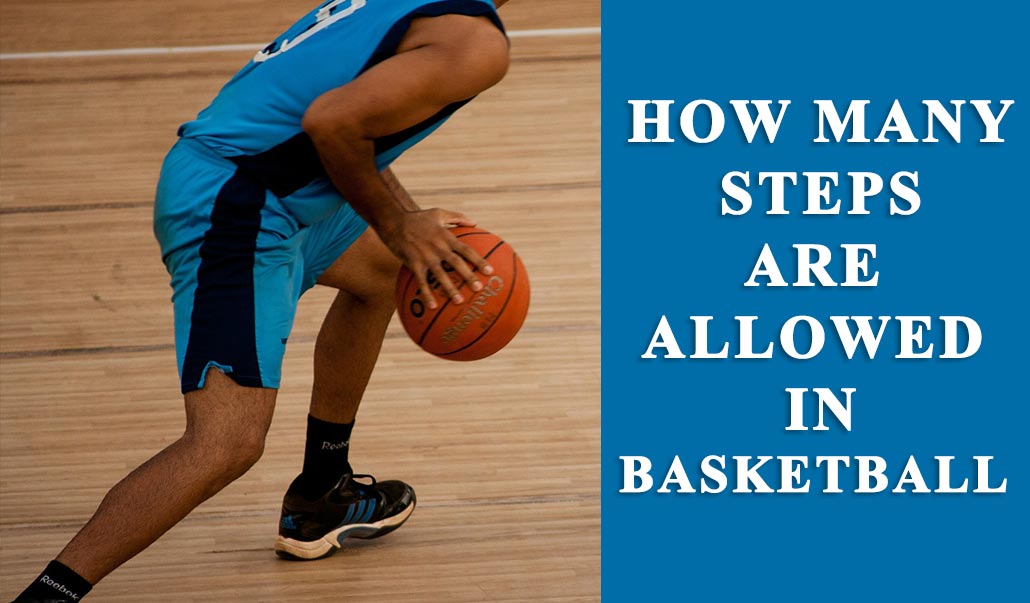 How many steps can you take in basketball WITH dribbling?

Regarding the question about how many steps one may make while dribbling, the answer really is – indefinite. But, the player must make sure they don’t double dribble while at it. This means, the player is not allowed to start dribbling after stopping. The player needs to shoot or pass the ball before being allowed to dribble again.

Another way to perform a double dribble is when you use both hands to dribble the basketball.

Carrying or traveling is the term for situations in which they player has made more than 2 steps with the ball without dribbling, passing or shooting. It is actually referred to as “count one” and “count two” in the printed rule book of NBA.

This means that when the player stops dribbling, after a step and a half, they can’t pick up the pivot foot from the spot without passing the ball or shooting.

How many steps can you take in basketball WITHOUT dribbling?

Another violation is the so-called carrying of the ball. This violation is sanctioned if the player dribbles the ball by placing their hand under or on the side of the ball, instead of on top of it.

Overall, basketball fans have been noticing lately that these basketball rules seem to be changing, or at least the game has in recent years. Whilst in the 1960’s one step without dribbling was considered a violation. Today, on all levels of basketball, it seems that the rules have become much more lenient. Players have been moving around with the ball without dribbling more, and almost freely keep palming the ball when dribbling without being whistled for carrying. Also, people have been pointing out that the players pick up their pivot foot after stopping to dribble before dunking, which is now rarely considered a violation, especially in professional basketball.

The explanation given by some basketball experts is that it’s not the actual rules of the game which are changing, but its rather that the game itself is. They are claiming that today’s professional basketball players are bigger, faster and more superior than those of several decades ago. The speed of the game has increased, which makes these types of violations more difficult to notice and the steps more difficult to count especially when they use one of the top indoor basketball balls available today.

Plus, the introduction of the so called “Euro-step” has further changed the travel calls. This means that the offensive player is basically allowed to pick up the dribble makes one step, and then can make a quick other step in another direction. This may seem like travelling, and may cause anger amongst the fans, but in actuality it is an allowed move.

It is the decision of the referee, but in general the rules for the steps allowed to make when playing basketball are as described above.